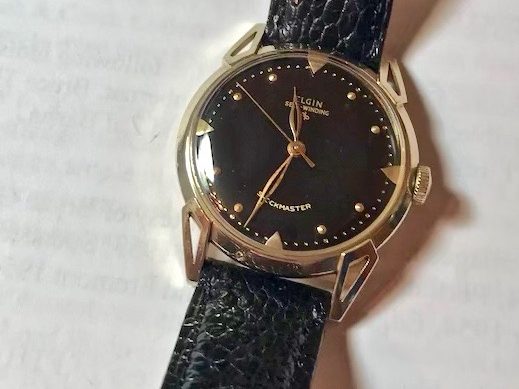 I finally found a Carribean.  The Carribean was featured in the 1955 catalogue.

The case is 14K gold and is assigned case number 6905J. The case itself is brushed on the vertical sides, which includes the lugs, and the lugs themselves have a cutout in the middle, making them a bit unusual.

As to the movement, it uses the unadjusted, Swiss sourced Elgin 645 automatic movement.

Another interesting feature is that the markers at 12, 3, 6, and 9 are part of the case, and thus gold as well.