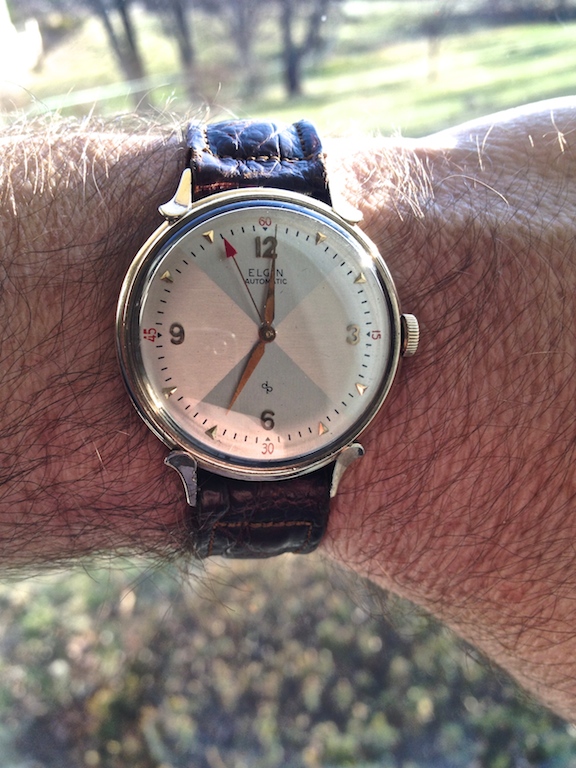 The Elgin bumper automatic was Elgin’s first attempt at an automatic watch.  After changing the bits on my watch back remover, I was able twist off the ring that holds the case in place.  Inside was a shiny 607.  Just a warning.  All the threads I read about putting the ring back on were true.  It wasn’t Elgin’s best idea.  It is extremely hard to get the threads align and it took nearly an hour to get it right.  Luckily I didn’t cross thread it, but that seems to be a common occurrence. So this was the first and only time I will see this movement : ) 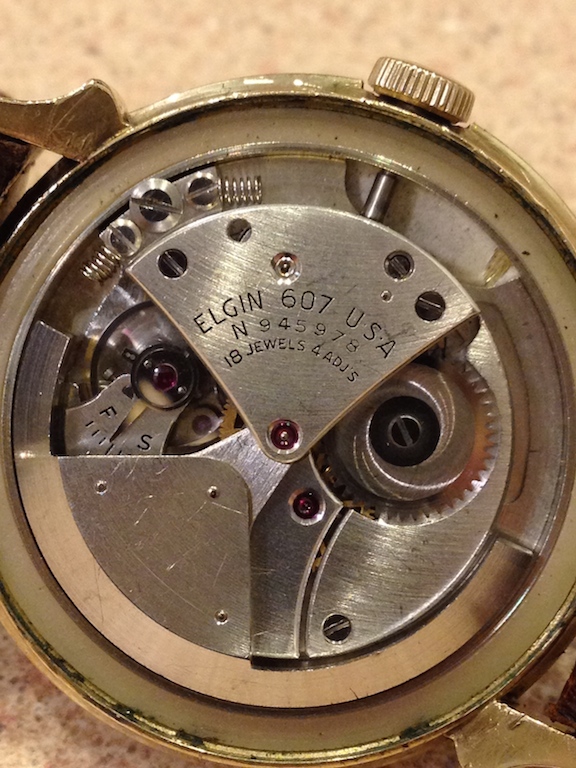 As you can see, the rotor, instead of rotating 360 degrees, bounces between two springs, giving it a unique thunk quality on the wrist.

The example I have is 10K gold plated and has a two tone bow tie dial.

The dial is in decent shape, but it is far from pristine as it has some pitting and nicks and some of the second marks are faded.

The gold filled case has worn through on the lugs and the case back looks as if a lot of people tried to unsuccessfully remove it. 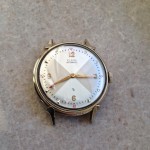 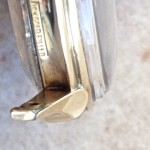 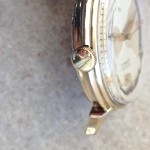 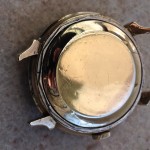 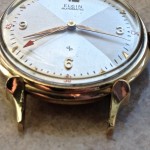 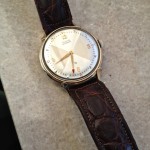 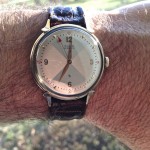 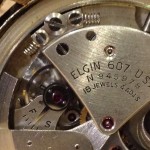 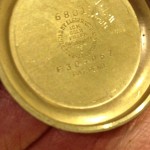 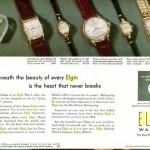